Parents! A wonderful creative opportunity for your child in August. @HarrisFed https://t.co/M3gZBEouwv

How to stop a problem like youth violence & crime ? Inspiring thread from our sister school & @HarrisFed academy in #n17 #TottenhamHale https://t.co/ZPk2Nu0rCY

We realise that celebrations may, once again, be slightly different, but hope this Eid at home is filled with happiness, joy & peace. From all at Harris St John’s Wood - we wish a lovely Eid as you mark this time & celebrate with family and friends. #EidMubarak  #EidAlAdha

We are so very proud of our student & Greenhouse #basketball player Suhayb who has secured his place on a scholarship programme at @TrinityPawling School in New York 👏🏀 Good luck Suhayb! 💫🇺🇸 we are so proud of you https://t.co/PiQVGozmzu

These speakers shared how they had witnessed friends losing their lives to knife crime & lost others, as a result of knife crime, to lengthy prison sentences.  In all the session was focused on an anti-knife crime message, highlighting responsibility & making positive choices.

@Key4LifeUK brought speakers with lived experience of knife crime to the session and they explained how they had become involved in knife crime, the effect this had on themselves, their families and their communities and ultimately how they were able to turn their lives around.

Our pupils did inspirational work with @Key4LifeUK yesterday The overarching message involved students pledging not to carry a knife going forward and to consider the ripple effects of their actions and choices in the future. https://t.co/Qy1lJJgiqZ

Inspiring to see this fight back against racists & thugs & vandals https://t.co/6lyXgx95KA

On Monday 20th January a group of 8 boys and 8 girls across Years 8, 9 and 10 represented the school at a Cricket tournament at Lords Cricket ground against other Westminster schools. The students all represented themselves with a high level of maturity throughout the day especially when given the opportunity to develop their leadership skills with a workshop designed to do so when they weren’t playing. Now onto the Cricket, the girls did extremely well to come back from a couple of early losses to reach the final where they were unfortunate to lose to a well drilled team. The standout performer for the girls was Haleemah whose performance in the playoff to reach the final was the difference between the two teams with Haleemah at one point almost completing a hat-trick of wickets in her final over! The boys were unfortunate and lost their first two games by very close margins losing wickets at crucial times. They did show great character to then win their last game by a big margin and didn’t let the disappointment from earlier in the day get to them. The standout performer for the boys was Sanketha who displayed some great batting ability hitting some big 6’s and who bowled with good pace and accuracy! 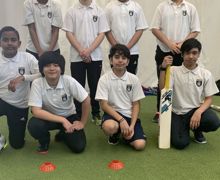 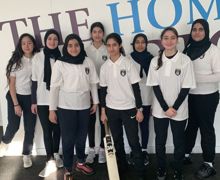